Recently I watched the movie Spartacus. The film was produced by the Kirk Douglas owned company Bryna Productions. Kirk Douglas, the actor, led the all-star cast in this epic, on-screen, drama of 1960. The movie, Spartacus, was nominated for several Academy Awards and won four Academy Awards. 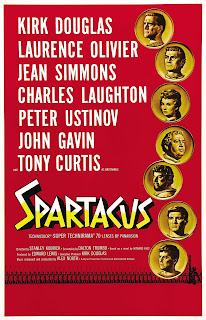