The 2016 Tour de France was the best, most exciting and surprising I've ever watched. Here are highlights from Stage 1 through Stage 7. 21 Stages of Le Tour: Part 1 - Peloton Magazine: July 25, 2016 – The Tour de France is admired for its ability to create stories big and small. This year’s Tour was marked by the domination of Great Britain’s Christopher Froome. Capturing his third Tour de France, the Team Sky leader never rode better, showing both courage and panache rarely seen. But there were …

The Palm Springs Guru says "Thank you to, James Stratt and our friends at http://pelotonmagazine.com/home-page-slider/21-stages-of-le-tour-part-1-by-james-startt/#.V5kC1HY2pJ8.blogger for this outstanding coverage of the world's best bicycling event."
Posted by Bob at 12:06 PM No comments:

Success to you on Motivation Monday. 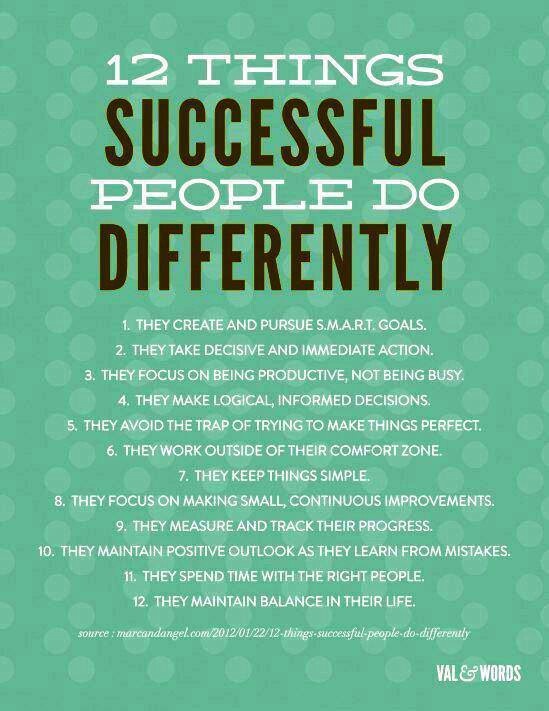 Palm Springs Guru wishes success for each and every person in Palm Springs, the greater Palm Springs area, the Coachella Valley, all across our beautiful United States of Americas and around the world.
Posted by Bob at 9:27 AM No comments:


John Wayne, who died on June 11 1979 aged 72, made 162 feature films, was one of the 20th-century's biggest Hollywood stars. Here are 10 things we learned about the Oscar-winning actor from an impressive biography by Scott Eyman.

John Wayne was actually very good at chess (film director and experienced player Josef von Sternberg "was livid" when beaten by Wayne) and the actor had a chessboard permanently set up on his 136ft boat, The Wild Goose. Wayne once said of fellow actor Rock Hudson: "Who the hell cares if he's queer? The man plays great chess." Wayne repeatedly cheated when playing chess against Robert Mitchum (Wayne had huge hands and would carefully slide a piece into a different position as he made a separate move) and Mitchum eventually plucked up the courage to tell him he was cheating. Wayne replied "I was wondering when you were going to say something. Set 'em up, we'll play again."

Wayne liked the novels of Agatha Christie but his two favourite books were written by Arthur Conan Doyle and both are historical novels – The White Company (1891) and Sir Nigel (1906) – both set during the Hundred Years' War. Wayne was also a fan of Charles Dickens and if the actor agreed to a business deal, he would always say "Barkis is willing!", a phrase used by Mr Barkis when he tells David Copperfield that he is ready to marry Peggotty.


Just call him 'Mmm' or Duke but never Marion

Wayne was born Marion Robert Morrison (on May 26, 1907) and earned the lifelong nickname Duke, after Big Duke, the family dog. Big Duke, an Airedale, would chase fire engines, and the firemen christened Wayne Liitle Duke, which was shortened to Duke. Wayne said: "The guy you see on the screen isn't really me. I'm Duke Morrison, and I never was and never will be a film personality like John Wayne. I know him well. I'm one if his closest students. I have to be. I make a living out of him."

Ford's four Academy Awards for Best Director (1935, 1940, 1941, 1952) are a record but he missed out in 1939 for Stagecoach. His behaviour on set angered Wayne, who said of the director "I was so f--king mad I wanted to kill him". Ford kept baiting Wayne during filming, yelling at one point: "Don't you know how to walk? You're as clumsy as a hippo. And stop slurring your dialogue and show some expression. You look like a poached egg." Privately Ford said of Wayne at the time: "He'll be the biggest star ever".

Like the best people, Wayne was once a sports journalist

Wayne was born in Iowa but went to the Glendale Union High School in California, where he played for the football team. Although he was seen as sporty, he also did well academically. He was part of the high school debating team and president of its Latin Society. He graduated with an average score of 94/100. He was also a member of its newspaper staff and wrote sports reports under byline 'M.M.M'.


He was a strange political beast

John Wayne was known for his right-wing views (he was scathing about actress Jane Fonda's anti-Vietnam war pronouncements) and was a fervent supporter of President Richard Nixon, insisting in 1972 that "Nixon is too great a man to be mixed up in anything like Watergate." But Wayne also liked debating politics with the actor Paul Newman, who would send him political essays written by progressive liberal thinkers.

Among the many things (normally wives) that made a volatile Wayne fly off the handle was the act of anyone leaving a hat on top of a bed. Also, no one in his family was ever allowed to pass salt directly to Wayne, it had to be placed on the table instead and then he would reach for it. He was not superstitious about his smoking, though, getting through five packets of cigarettes a day, something that brought him first a persistent hacking cough and later lung cancer.

But don't wet on his blue suede shoes

When he first met Michael Caine, Wayne gave him some friendly thespian advice. "Talk low, talk slow and don't say too f------ much". He then baffled the Brit by adding "and never wear suede shoes". When Caine asked "Why?", Wayne replied: "Because one day a guy in the next stall recognised me and turned towards me and said 'John Wayne you're my favourite actor! And p----d all over my suede shoes. So don't wear them when you're famous, kid."


Wayne was in awe of Churchill

Wayne would often tell friends how highly he thought of Winston Churchill and had a complete set of the British Prime Minister's prose on his bookself.


The Duke was a gracious winner

When he won his Best Actor Oscar for playing Rooster Cogburn in True Grit(1969), Wayne whispered in presenter Barbra Streisand's ear "beginner's luck". Wayne later spent the night drinking with Richard Burton (who had been nominated for playing King Henry VIII in Anne of the Thousand Days), having knocked on the Welshman's door, thrust the Oscar statue at him and shouted: "You should have this, not me."
John Wayne, The Life and Legend by Scott Eyman (Simon & Schuster, RRP £25) is available to order from Telegraph Books at £20 + £1.35 p&p. Call 0844 871 1514 or visit books.telegraph.co.uk
Palm Springs Guru, like others in Palm Springs, the greater Palm Springs area, the Coachella Valley, across America and around the world loved and appreciated John Wayne and his films.

Thank you Martin Chilton, http://www.telegraph.co.uk/authors/martin-chilton/ and our friends at The Telegraph for this wonderful article.
Posted by Bob at 12:35 PM 1 comment:

Share these 5 sentiments with family, friends and others.
Posted by Bob at 11:18 AM No comments: 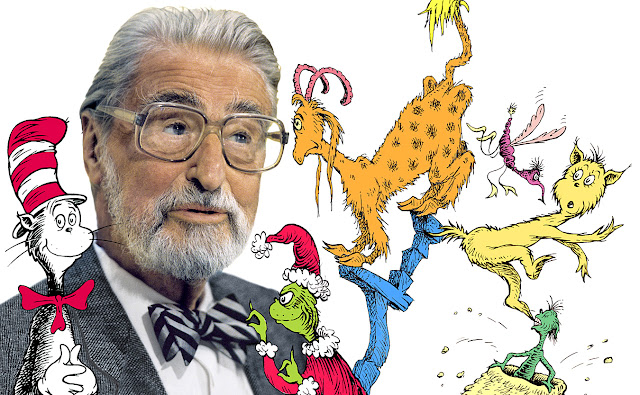 His work includes several of the most popular children's books of all time, selling over 600 million copies and being translated into more than 20 languages by the time of his death.

The Palm Springs joins the people of Palm Springs, the greater Palm Springs area, the entire Coachella Valley, all of California, across the USA and around the world in saying "We love you Dr. Seuss! Thank you for your contributions to our world and humanity."
Posted by Bob at 1:24 PM No comments:

The History of the 4th of July On July 4, 1776, the thirteen colonies claimed their independence from England, an event which eventually led to the formation of the United States. Each year on July 4th, also known as Independence Day, Americans celebrate this historic event.

Conflict between the colonies and England was already a year old when the colonies convened a Continental Congress in Philadelphia in the summer of 1776. In a June 7 session in the Pennsylvania State House (later Independence Hall), Richard Henry Lee of Virginia presented a resolution with the famous words: "Resolved: That these United Colonies are, and of right ought to be, free and independent States, that they are absolved from all allegiance to the British Crown, and that all political connection between them and the State of Great Britain is, and ought to be, totally dissolved."

Lee's words were the impetus for the drafting of a formal Declaration of Independence, although the resolution was not followed up on immediately. On June 11, consideration of the resolution was postponed by a vote of seven colonies to five, with New York abstaining. However, a Committee of Five was appointed to draft a statement presenting to the world the colonies' case for independence. Members of the Committee included John Adams of Massachusetts, Roger Sherman of Connecticut, Benjamin Franklin of Pennsylvania, Robert R. Livingston of New York and Thomas Jefferson of Virginia. The task of drafting the actual document fell on Jefferson.
On July 1, 1776, the Continental Congress reconvened, and on the following day, the Lee Resolution for independence was adopted by 12 of the 13 colonies, New York not voting. Discussions of Jefferson's Declaration of Independence resulted in some minor changes, but the spirit of the document was unchanged. The process of revision continued through all of July 3 and into the late afternoon of July 4, when the Declaration was officially adopted. Of the 13 colonies, nine voted in favor of the Declaration, two -- Pennsylvania and South Carolina -- voted No, Delaware was undecided and New York abstained. John Hancock, President of the Continental Congress, signed the Declaration of Independence. It is said that John Hancock's signed his name "with a great flourish" so England's "King George can read that without spectacles!"

Today, the original copy of the Declaration is housed in the National Archives in Washington, D.C., and July 4 has been designated a national holiday to commemorate the day the United States laid down its claim to be a free and independent nation.
Sound Off...What do you think? Join the discussion...

Palm Springs Guru says "Thank you"! to our friends at http://www.military.com for this informative and educational article.
Posted by Bob at 6:06 AM No comments:

Canada Day, 2016 -- Congratulations to the people of Canada from Palm Springs Guru 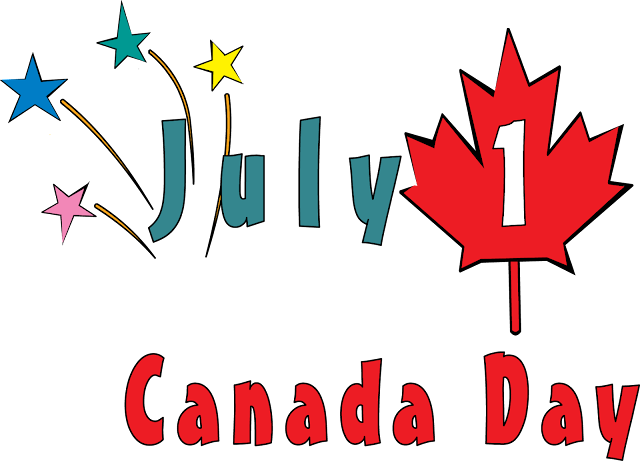 We love you and enjoy your company when you visit our beautiful Palm Springs, the greater Palm Springs area, and the entire Coachella Valley.