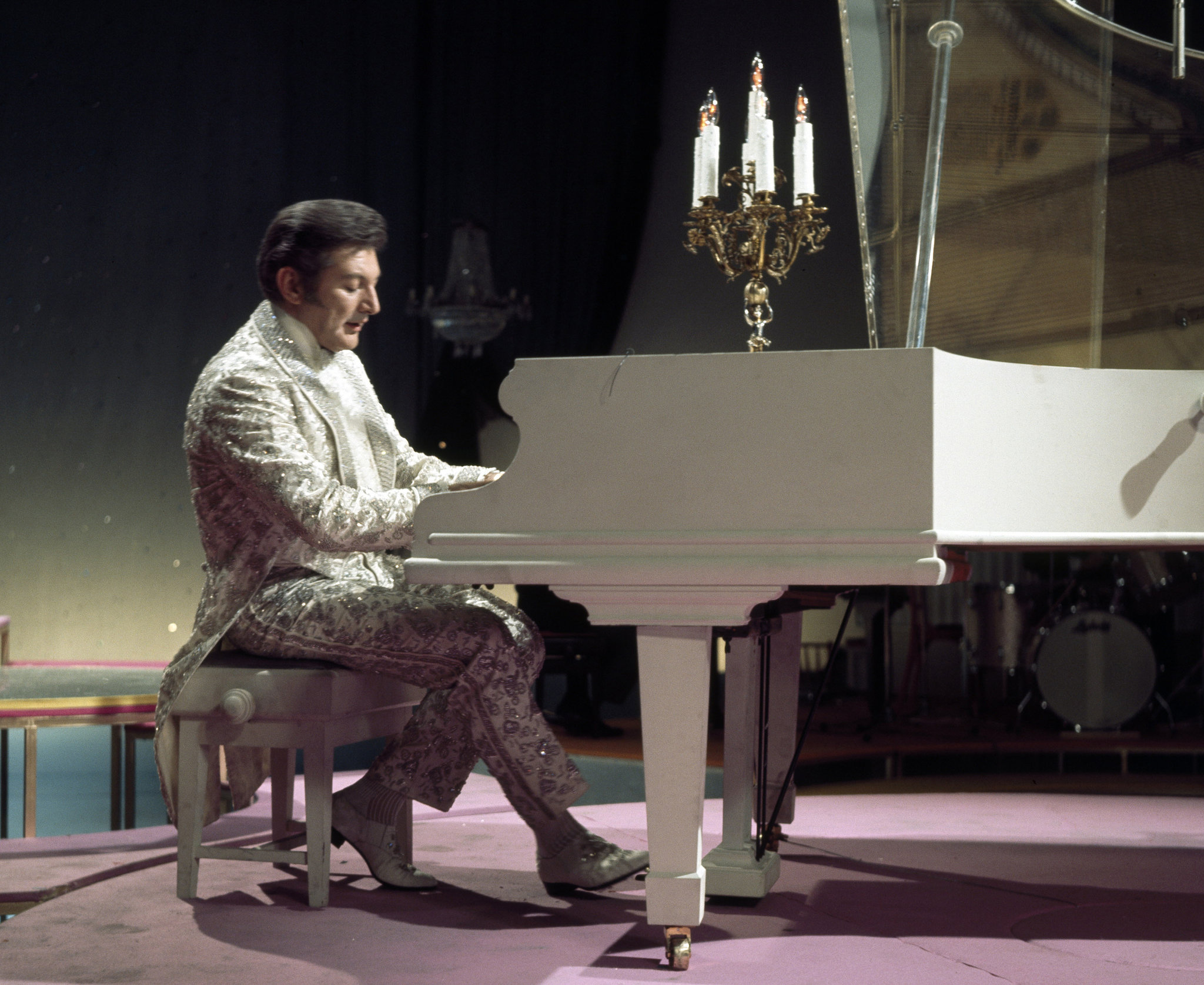 The information here is from our friends at http://www.biography.com/people/liberace-9381642

The Palm Springs Guru says thank you to Bio for providing this information.


Liberace was a flamboyant pianist who twice had his own TV show and frequently performed in Las Vegas.


Synopsis: Born in Wisconsin in 1919, Liberace appeared as a soloist with the Chicago Symphony Orchestra at age 16. He later began giving concerts in flamboyant costumes with ornate pianos and candelabra, playing primarily popular music. Very successful, he hosted his own TV variety series, The Liberace Show (1952–55, 1969), and appeared in films such as Sincerely Yours (1955). In later years he performed frequently in Las Vegas.

Early Life: With his unique blend of classical training and over-the-top showmanship, Liberace was one of the most famous performers of the 20th century. Born Wladziu Valentino Liberace on May 16, 1919, in West Allis, Wisconsin, his middle name was taken from one of his mother's favorite film stars—Rudolph Valentino. Little did she know that her son would develop a devoted following of his own one day.


Both of Liberace's parents were interested in music, and he began piano lessons very early on in his life. A child prodigy, he began his studies at the Wisconsin College of Music when he was only seven years old. Liberace started performing with orchestras in his early teens.


Musical Sensation: To make a living, Liberace played in movie theaters and night clubs. He even adopted the stage name "Walter Busterkeys" for a time. Before long Liberace found some success in mixing his love of classical music with more contemporary tunes. His real career breakthrough, however, came in 1951 with the premiere of The Liberace Show. The musical program first aired locally in Los Angeles before going national a few years later.
Viewers—35 million of them at the program's height—couldn't get enough of Liberace's piano prowess and his cherubic charms. With his trademark candelabra resting atop his piano, Liberace played with great ease and glee. His largely female audience also admired for Liberace's great devotion to his mother Frances. His brother George played the violin on the program and acted as his orchestral arranger.


In addition to his television show, Liberace sold out many of his live concerts and sold millions of records. He even starred in the 1955 film Sincerely Yours, which served as a showcase for his talents. In Las Vegas, Liberace became one of the city's most popular performers and one of its top-paid stars. He became equally famous for the glitz and glamour of his shows and costumes as he was for his music. In 1956, Liberace was joined on stage by Elvis Presley.

Around this time, however, Liberace's personal life was turned into a legal drama. He had long been derided for his effeminate ways, and he ended up suing a British publication for libel after the magazine implied that he was gay. Liberace later won another court battle against a British columnist over his comments. While he was later revealed to be gay, Liberace worked hard to conceal this fact to maintain his dominantly female following.

While interest in his television show eventually faded, Liberace remained popular with concert-goers. His shows and costumes seemed to get more elaborate and ostentatious with the years. His hands showcased a number of ornate, piano-shaped rings, and he draped himself in long, heavy fur capes. He even drove to his piano on stage in one of his many luxury automobiles. In the mid-1970s, Liberace decided to give the public a peek into his lavish lifestyle. He transformed his Hollywood home into a museum. He later displayed his collection of costumes, cars and other treasures at his own museum in Las Vegas.

Final Years: Once again, Liberace found himself in a legal struggle. He was sued by his former bodyguard and chauffer Scott Thorson in 1982. Thorson claimed that he had been in a relationship with Liberace and that Liberace had promised to take care of him and support him. The case was later settled out of court.

Shortly before his death, stories circulated that Liberace had AIDS. He and his staff, however, vehemently denied that the entertainer had the disease. Liberace passed away on February 4, 1987, at his home in Palm Springs, California. Initially, his doctor reported that the showman died of cardiac arrest. Later, an autopsy by the Riverside County coroner concluded that Liberace had actually died of AIDS-related pneumonia.

While some critics have dismissed him for being overly sentimental, Liberace has left a lasting impact on the world of entertainment. His elaborate and sometimes garish style has influenced the likes of Elvis Presley, Elton John and David Bowie to name a few. An HBO film celebrating Liberace's life was released in 2013, with Michael Douglas playing the legendary showman.