The Palm Springs Guru recently received 2 telephone calls from people pretending to be representing the IRS.
If this happens to you do not fall for it.
The call sounds real. It can be somewhat scary.

We reported this scam to IRS authorities. The IRS advised us to tell people to write down the telephone number you get during this scam and report it.

The Palm Springs Guru reminds the people of Palm Springs, the greater Palm Springs area and across America to beware of tax scams.
Posted by Bob at 12:55 PM No comments: 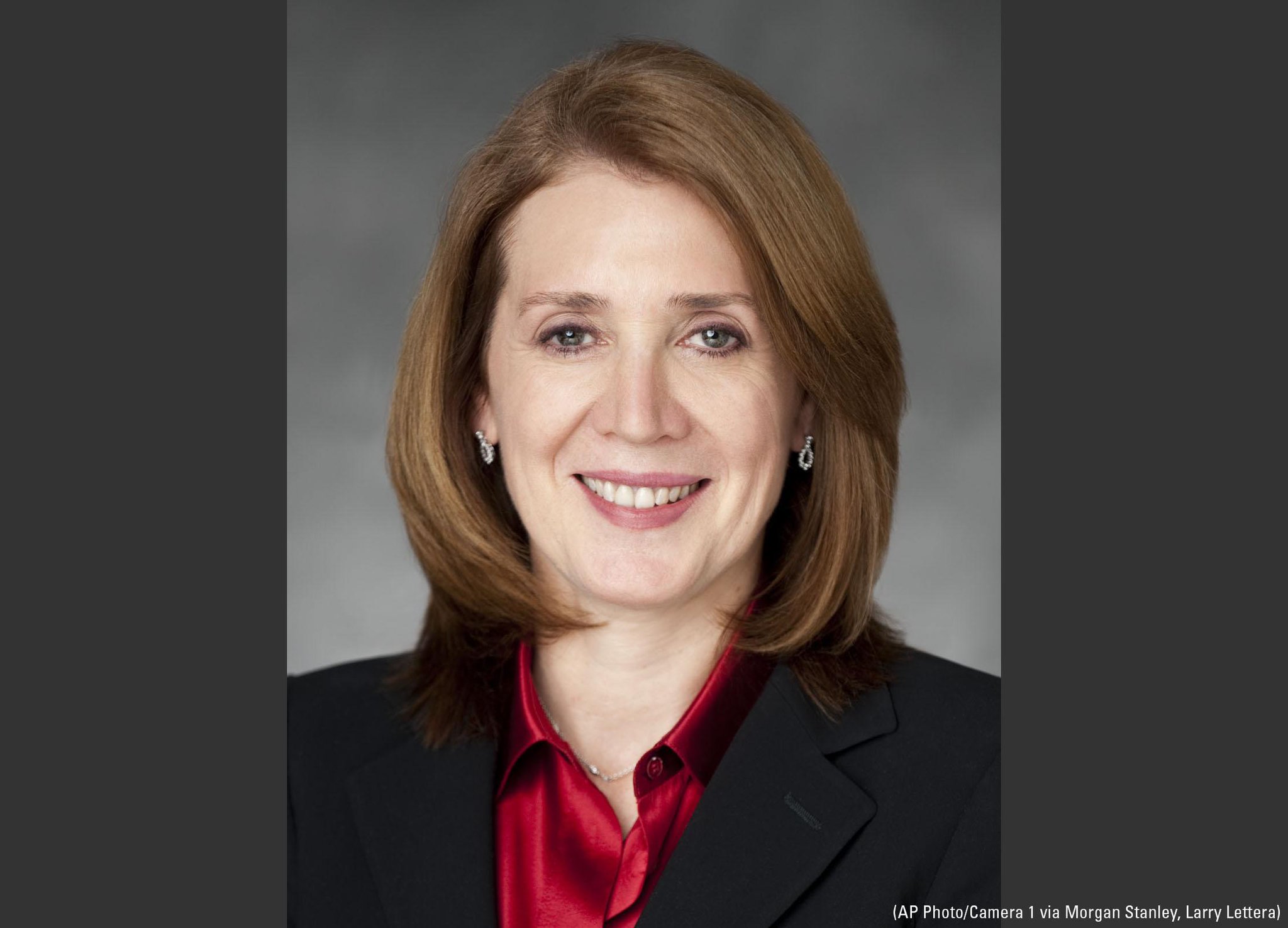 
Porat will start at Google on May 26, moving from a similar position at the investment banking giant Morgan Stanley.

She will replace Patrick Pichette, who announced his retirement this month after nearly seven years as one of the Internet titan's top executives.

Her work to help rescue the insurance giant AIG during the 2008 financial crisis earned her the "most powerful" moniker in several media reports.

During that crisis, she led the Morgan Stanley teams advising the US Treasury on mortgage finance giants Fannie Mae and Freddie Mac as well as AIG.

Porat has been at Morgan Stanley since 1987 and has been vice chairman of investment banking, global head of the financial institutions group and co-chief of technology investment banking.
She has been the lead banker for big tech firm financing, including for Amazon, eBay, Netscape, Priceline and VeriSign.

"We're tremendously fortunate to have found such a creative, experienced and operationally strong executive," said Google chief executive Larry Page in a statement.

"I look forward to learning from Ruth as we continue to innovate in our core -- from search and ads, to Android, Chrome and YouTube -- as well as invest in a thoughtful, disciplined way in our next generation of big bets.”


Two weeks ago, Canada-born Pichette laid out his reasons for retiring in a heartfelt post at Google+ social network, explaining in touching detail how after more than 25 years of non-stop work he is shifting gears to explore the world with his wife, Tamar.

Porat, who grew up in Silicon Valley, said she was "delighted to be returning to my California roots and joining Google."

"Growing up in Silicon Valley, during my time at Morgan Stanley and as a member of Stanford's board, I’ve had the opportunity to experience first hand how tech companies can help people in their daily lives," she added. "I can't wait to roll up my sleeves and get started."

The Palm Springs Guru shares; 2 things you can be sure of...

The actor, 83, is famous for playing the role of Mr Spock

Print
A A A
Star Trek legend Leonard Nimoy has died, aged 83.

The actor, famous for playing the role of logical science officer Mr Spock in the long-running sci-fi series, passed away at his Bel Air home on Friday.
His wife Susan confirmed the news.
Nimoy was taken to UCLA Medical Center in Los Angeles on Thursday 19 February.
He has entered hospital a number of times over the last few months.
In a tweet from Nimoy's account, his grandson Dani paid tribute to the well-loved actor, which signed off using Spock's phrase "Live Long and Prosper".
"He was an extraordinary man, husband, grandfather, brother, actor, author-the list goes on- and friend. Thank you for the warm condolences."
Dani added that the family will be selling special commemorative shirts online, with proceeds going to the COPD Foundation.
Last year, he revealed he was suffering from chronic lung disease, despite stopping smoking more than 30 years ago.

Leonard Nimoy: Career in pictures
1 of 12

Next
Nimoy was recently pictured looking frail and using an oxygen cylinder as he was wheeled through JFK airport.
Though he stopped attending Star Trek conventions in 2011, he made a cameo as Spock in the 2013 film Star Trek Into Darkness, and a number of guest appearances in the science fiction series Fringe, which ran until 2012.
Nimoy has played the famous Vulcan character since 1966 and was the only actor from the original series to return for JJ Abrams’ recent film versions.
Born in Boston to Jewish immigrants from Russia, Nimoy was raised in the city's Italian quarter, where he said he felt the sting of anti-Semitism growing up.
At age 17 he was cast in a local production of Clifford Odets' Awake and Sing as the son in a Jewish family, and went on to win a drama scholarship at Boston College.
However he later decided to drop out and moved to California and where he took acting lessons at the Pasadena Playhouse. The budding actor quickly lost his Boston accent, enlisted the help of an agent and began playing small roles in TV series and movies.
In 1954 he married Sandra Zober, a fellow student at the Pasadena Playhouse, and they had two children, Julie and Adam. The couple divorced, and in 1988 he married Susan Bay, a film production executive.
After service in the Army, he returned to Hollywood, where he worked as a taxi driver, vacuum cleaner salesman, movie theater usher and other jobs while looking for acting roles.
The actor found his big break as Spock in TV series Star Trek, which ran from 1966 to 1969. After the cult series ended in 1969, he immediately joined the adventure show Mission Impossible as the master of disguise, Paris.

Starring as Mr Spock in the original TV series of 'Star Trek'. (Getty Images)
From 1976 to 1982 he hosted the syndicated TV series In Search of... which attempted to probe such mysteries as the legend of the Loch Ness Monster and the disappearance of aviator Amelia Earhart.
Other roles included Israeli leader Golda Meir's husband opposite Ingrid Bergman in the TV drama A Woman Called Golda .
Nimoy also turned his talents to director, including the hit comedy Three Men and a Baby, as well as treading the boards in plays such as A Streetcar Named Desire, Cat on a Hot Tim Roof, Fiddler on the Roof, The King and I, My Fair Lady, Equus and Vincent van Gogh in one-man stage show Vincent.
More recently, he played the moneyed genius William Bell in the Fox series Fringe.
As a writer he penned poems, children's stories, and also enjoyed photography.
But while the actor enjoyed a rich career, fan’s would always remember his first as Spock.
Trekkies often greet one another with the Vulcan salute and the Vulcan motto, “Live Long and Prosper” - both of which Nimoy was credited with bringing to the character.
He pointed out, however, that the hand gesture was actually derived from one used by rabbis during Hebraic benedictions.

Nimoy signs autographs as he arrives at the Premiere of Paramount Pictures' 'Star Trek Into Darkness' in 2013. (Getty Images)
In 2009, he returned to play an older version of his iconic character in the film Star Trek, who meets his younger self, played by Zachary Quinto. Critic Roger Ebert called the older Spock “the most human character in the film.”
When the movie was released, Nimoy told The Associated Press that in his late 70s he was probably closer than ever to being as comfortable with himself as the logical Spock always appeared to be.
"I know where I'm going, and I know where I've been," he said.
A touching message the actor sent on Twitter last Sunday has now become his last public words.

The Palm Springs Guru thanks http://www.independent.co.uk/news/people/leonard-nimoy-dead-star-trek-spock-actor-dies-after-suffering-lung-disease-10076199.html?origin=internalSearch for publishing this excellent tribute to Leonard Nimoy.
Posted by Bob at 1:31 PM No comments: