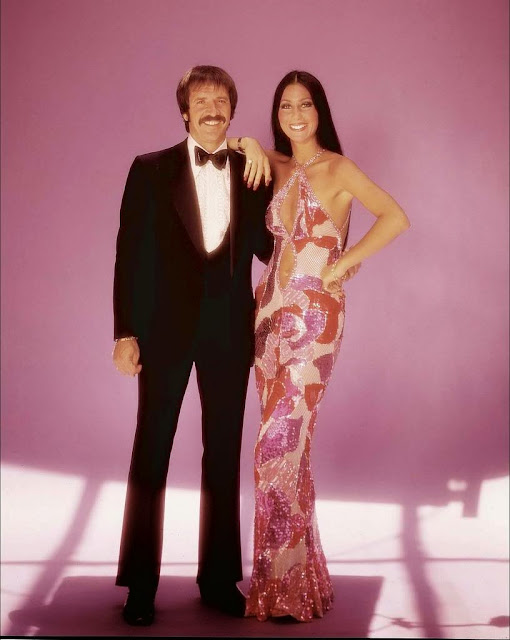 If you are from the 60’s and the 70’s, then you probably remember who Sonny Bono was. If you don't, he was a very famous recording artist as well as a producer from the late 60’s and 70’s who became famous after his partnership with his wife, Cher.

There is not much known about his early life as a kid or as a teenager. In fact, there is barely any documentation about it. The few things that are known is that he was born in Detroit, Michigan on February 16, 1935 with the name Salvatore Philip Bono.

His parents were Santo Bono, from Palermo, Italy, and Zena Bono, and it was actually his mother who started to call him Sono as a sort of short for his very long name. What she didn't know was that the nickname she gave him was going to last him a lifetime.

Sonny was the youngest of the all the Bono family. He had two older sisters named Fran and Betty Bono. It is also known that he attended Inglewood High School in Inglewood, California, but he actually never graduated high school.

His music career began when he started to work at a record label. There, a song he wrote called “Things You Do to Me” was recorded by Sam Cooke. After that, he began to work for Phil Spector, a record producer, all during the 60s.

Then, his commercial success came when he became part of a singing duo with his wife, the singer, actress and television host, Cher. They were called Sonny and Cher. They even had their own variety show on CBS from 1971 to 1974, The Sonny and Cher Show. It was a surprise for many that after they divorced, they returned to the show from 1976 to 1977.

The Rolling Stones even made a cover of one of his songs, titled “She Said Yeah,” in there 1965 LP. He also recorded as a solo artist but had only one hit single, “Laugh at Me,” that got to number 10 on the Billboard Hot 100.

One of the things that he was most famous for was not in the music industry, but in politics. He got involved in politics after he experienced frustration from local government bureaucracy, and from 1988 to 1992, he became the mayor of Palm Springs, a city famous for being packed with celebrities.

During his time as mayor of Palm Springs, he accomplished a lot of things. But the most recognized one was the creation of the Palm Springs International Film Festival, which debuted on January 10, 1990. It was a big success.

He was a very good mayor, and everyone in Palm Springs knew it. But he wanted to go further. In 1992, Sonny ran for the Republican nomination for the United States Senate. Unfortunately, his political career wasn't able to go further. He lost to Bruce Herschensohn, and the election went to the Democrat Barbara Boxer.

But even during his political career, he was still involved in other projects that were not exactly in the music industry. He became a movie star. He did several movies in the 80’s, and the most famous one was John Water's Hairspray, where he played Franklin Von Tussle.

Another one of the biggest movies that he was in came out in 1997. It was Men in Black. Although he didn't have an important role, he was one of the several oddball celebrities seen on a wall of video screens that monitors extraterrestrials living among us. Another minor appearance he did was on the 1996 film, First Kid.

He also appeared on the small screen several times. He did several appearances in P.S. I Luv U, and his last acting role was in another television series called Lois & Clark: The New Adventures of Superman.

Now, let's move on to his personal life. Sonny married Donna Rankin in 1954. They had a daughter named Christine in 1958. They divorced four years later in 1962. And two years after that, in 1964, he married Cher.

Sonny and Cher had a daughter, Chastity, in 1969. Then, the couple split in 1975. Many say that they divorced due to allegations about Sonny's infidelity.

But neither of those divorces stopped him from marrying another two women. First, in 1984, he married Susie Coelho. He had no children with her. And later, in 1986, Mary Whitaker became his fourth and last wife. They had two children, Chesare and Chianna.

He became interested in Scientology partly because of the influence of Mimi Rogers but stated that he was a Roman Catholic on all official documents, campaign materials, web sites, etc. His wife, Mary, also took Scientology courses.
Sonny died on January 5, 1998 when he hit a tree while skiing at a ski resort in Nevada, very close to South Lake Tahoe, California. His wife, Mary, said in an interview that he had become addicted to some prescription drugs, especially Vicodin and Valium.

Many friends and even Sonny's mother disputed Mary's account, and Sonny's autopsy supported his mother and friends’ side. The autopsy showed no indication of any substances or alcohol.

At Sonny’s funeral and at Mary's request, Cher gave a eulogy. And on his epitaph, in Cathedral City, California, the headstone reads “AND THE BEAT GOES ON.”

Sonny Bono and his work as a recording artist are still remembered by a lot of people.

Sonny Bono is remembered, fondly, in Palm Springs, the greater Palm Springs area, across America and around the world.
Posted by Bob at 12:05 AM